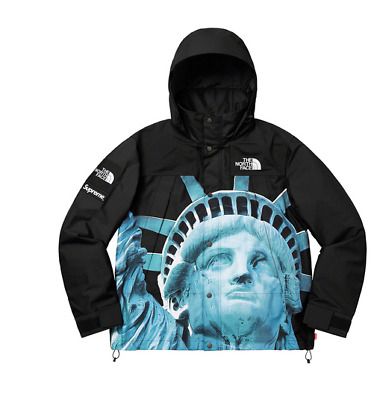 Supreme is using one of new york city s iconic symbols to style its latest collaboration with the north face the statue of liberty. After consecutive collaborations with vans levi s and clarks supreme is closing out october with yet another brand it s no stranger to working with. The backpacks are fully waterproof with 210d ripstop nylon welded seams and a padded mesh back panel. The baltoro and mountain jackets featuring a gigantic print of new york city s statue of liberty are the obvious standout pieces.